Scroll down to view the playbill and to learn more about the play.

Watch Here
Watch the Talkback
Premiere with talkback on Saturday, October 10 at 7pm EDT – Ticket link goes live at 7pm. Please note you will not be able to register before 7pm the day of the premiere.
On-Demand streaming through Friday, October 16 at 11:59pm EDT

A modern retelling of the Greek tragedy Medea through the lens of the Mexican immigrant experience, the play follows the lives of an immigrant family surviving in Chicago during the Obama administration. It offers an in-depth look at the struggles that go into achieving the American Dream, and the cost of each step along the way. Murder, betrayal and brujeria abound in this human journey towards success and acceptance.

This production contains strong language, sexual and mature content, themes of domestic violence and murder, loud noises like screaming, slamming and banging, and the use of racial slurs.

The Amplify, Empower, Illuminate: Four Plays, Many Diverse Voices series is sponsored by

“I must fight with all my strength so that the little positive things that my health allows me to do might be pointed toward helping the revolution. The only real reason for living.”
— Frida Kahlo

The characters in Mojada remember their native roots through rituals such as cooking and spiritual practice. Reflecting on the traditional foods and traditions of Mexico, UCF dramaturg Maria Perezalonso Hermosillo has created a dramatugical recipe book. It is designed to give audiences a taste of Luis Alfaro's theatrical world. Flip through her creation below; if you try out the recipes for yourself, let us know on social media! 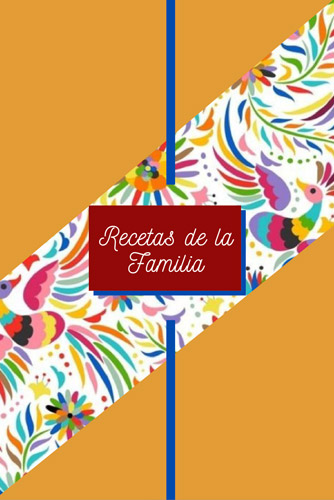 Jullien Aponte (Jason) is a junior in the BFA Acting program. Stage credits include Water by the Spoonful (U/S Elliot), El Wiz (Tin Man), Our Country’s Good (U/S Davy Collins/Robert Sideway) and Much Ado About Nothing (Claudio). Instagram: @apontejullien

Brandon Diaz (U/S Jason, Acan) is a freshman in the BFA Musical Theatre program. This is his first Theatre UCF production.

Naomy Delgado (Stage Directions, U/S Armida, U/S Josefina) is a senior transfer student in the B.A. Theatre Studies program with a minor in Music. This will be Naomy’s debut production at Theatre UCF. Previous theater credits include Remnant of the Imposter (Charlie) with Project Spotlight, and immersive online show Recovery (U/S Blank Slate 1 & 2).

Abigail Laboy Gracia (U/S Medea, U/S Tita, U/S Stage Directions) is a second-year transfer student studying theatre. This is her Theatre UCF debut. She plans to be involved in other Theatre UCF productions during next semesters as well volunteer in all theatre related activities. Instagram: @abigailgrazie

Hilary Pardey-Hernandez (Josefina) is a freshman in the B.A Theatre Studies program. Apart from the Fall 2020 virtual shows, she is also involved with Project Spotlight performing in Remnant of the Imposter (Mother/Board 1). Instagram: @hpardey

Karlo Buxo-Morales (Acan) is a BFA Musical Theatre senior and is excited to be working in shows. He is honored to be studying beside such talented performers. Previous UCF credits include Urinetown and She Kills Monsters. Other major shows include A Chorus Line and In the Heights. Instagram: @karlobuxo

Amanda Ortiz (Medea) is a senior in the BFA Musical Theatre track. Past Theatre UCF credits include Urinetown (Little Sally), Titanic: The Musical (Ensemble) and Bernarda Alba (U/S Magdalena). Other credits include Heathers (Veronica), In The Heights (Vanessa) and Into the Woods (Little Red). Instagram: @_amandaortiz

Catherine Patrizia (Armida) is a sophomore in the BFA Acting program. This is her Theatre UCF debut. She moved from Brazil to pursue her acting career and is very excited to work on this production. She is also currently featured in this year’s Project Spotlight production of Escape from Reality as Lauren. Past theatre credits include The Municipal Abattoir, Oedipus Rex and La Cantatrice Chauve (The Bald Soprano). Instagram: catherinepatrizia_

Syd Deines (Assistant Production Designer) is a sophomore in the BFA Design and Technology program. Her previous credits include Assistant Props Master for Urinetown.

Greyson Phillips (Sound Designer/Audio Engineer) is a third-year transfer student in Theatre UCF’s Design and Technology BFA program. His previous credits include A Gentleman’s Guide to Love and Murder (Audio Engineer), It’s A Small World (Or, The Robot Play) (Sound Designer), El Wiz (Audio Engineer), Titanic: The Musical (Mic Technician), and Sweat (Asst. to Sound Designer) as well as multiple shows in corporate AV. He is particularly interested in immersive sound and the influence of music on an experience.

The West Coast Premiere of MOJADA was first performed at the Getty Villa on
September 10, 2015